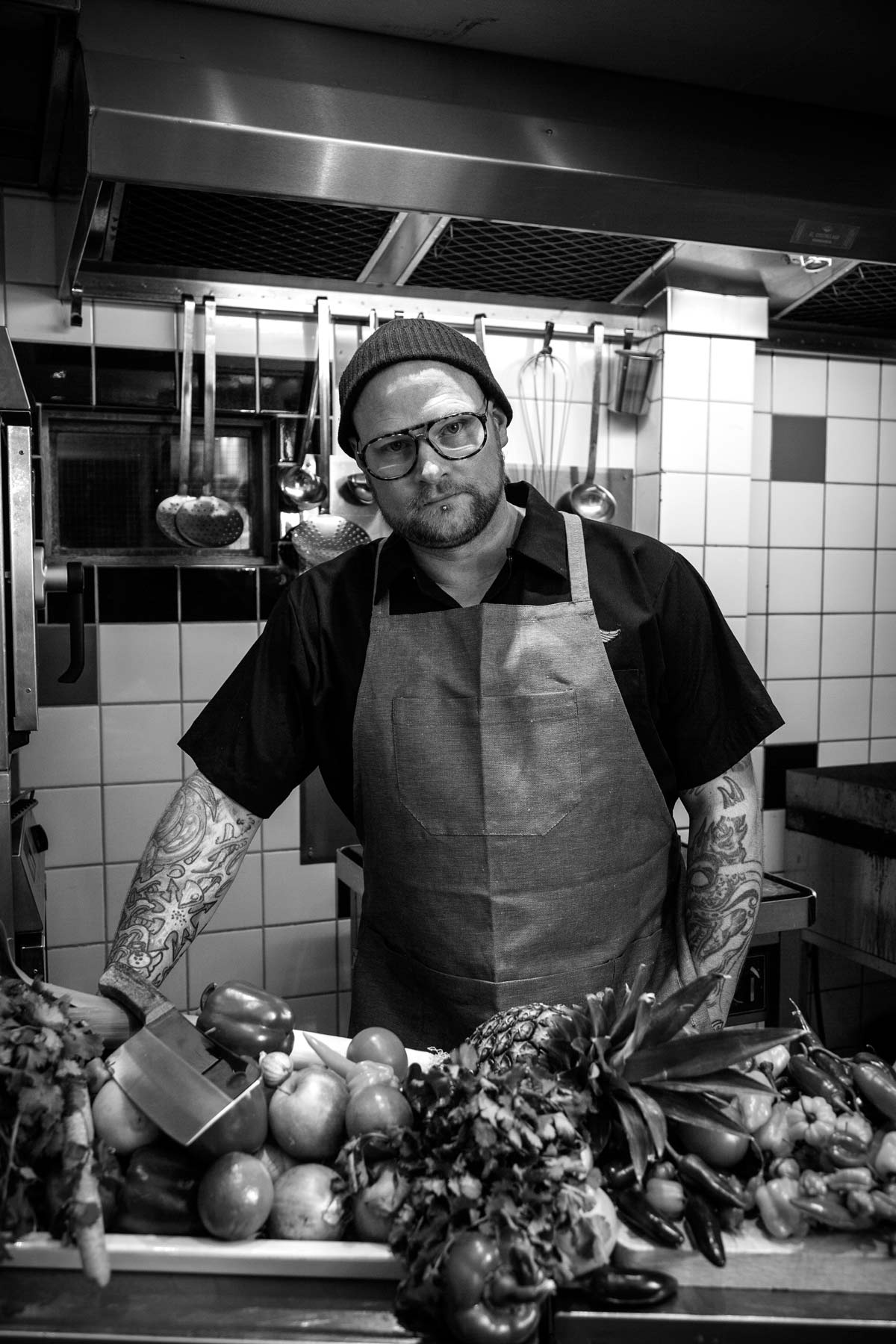 Short story: From the nightlife Tijuana streets to a naked prison cell in that same city in just minutes. There, in that damp accomodation Inge from Sweden, met a retired Luchador known by the locals as Señor Habanero. As a friendly gesture from a worn out wrestler, Inge was then given the Holy grail of chili salsa recepies. Subsequent to the Tijuana incident Inge returned to Sweden to create the Señor Habanero brand to pay homage to his former cellmate.

When making his salsa, Inge puts his own touch to it by adding texture, and combining flavours from local ingredients. To stir things up a bit further, every product that ends up in a jar is cooked with certain music preferences in mind. The green salsa Cocodrillo for instance: Best to be enjoyed to 60’s Cambodian soul music. Or Mambo music. And if you take Inge’s advice and put on some turkish psych-music from the 70’s when using his hot-as-hell Salsa Bizarro, then your’re in for a treat.

Oookay buddy boy, I think we will stop it right there…

Get psyched by the hot-as-hell Salsa Bizarro list on Spotify: